How to (and how not to) reply to customers

Written by Daniel Baradziej
Updated over a week ago

So by now, you know how to get yourself set up with a project.
Monitoring either/or both your own brand and your competitors brand.
(psst.. if you need any help, you can check out this tutorial video)

let's get back to business..

It's a Thursday afternoon and one frustrated customer decides to take to Twitter to vent their anger about how (ridiculously) slow their internet speeds are.
Even thought they're paying for fast speeds. 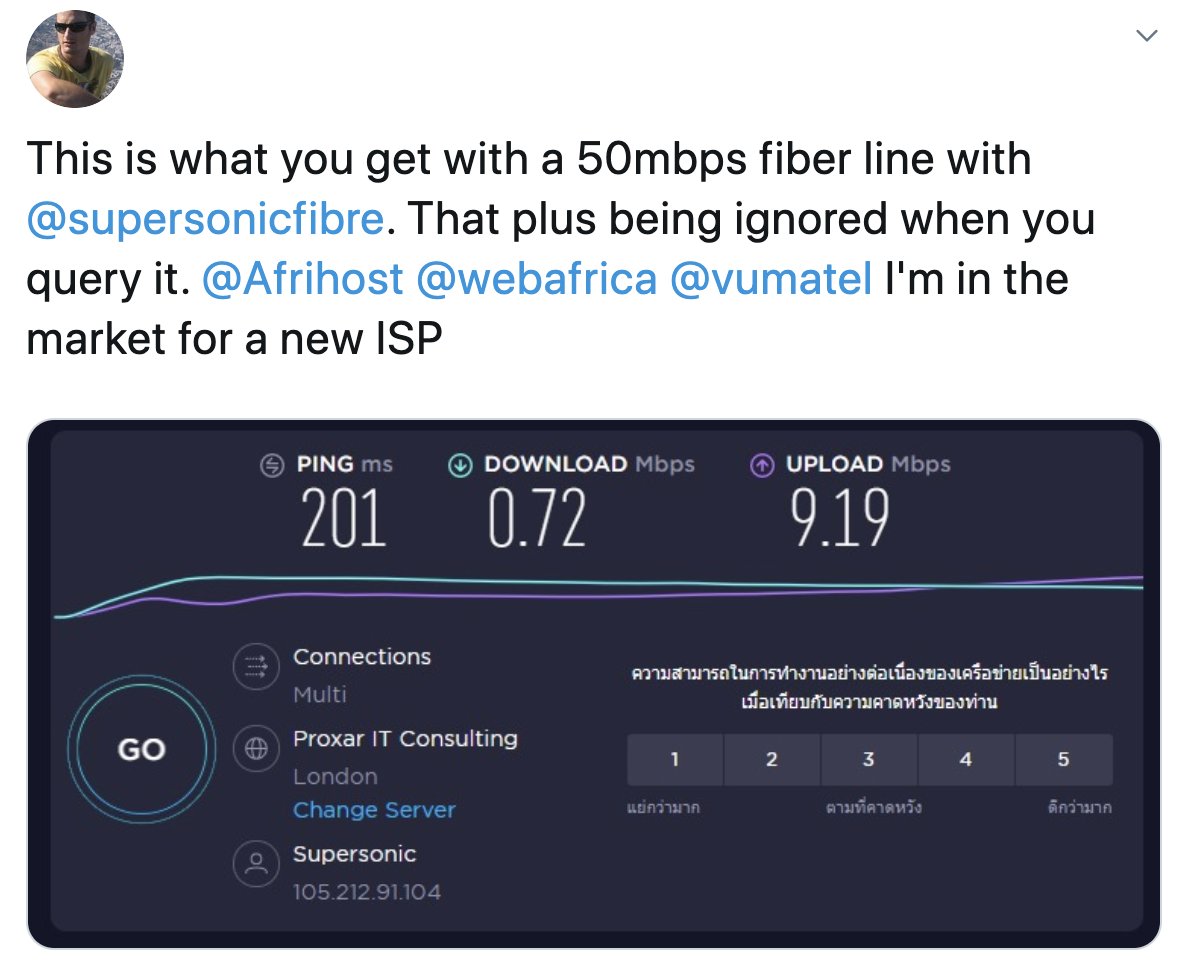 In our previous articles we've discussed how just replying to customers typically increases their happiness (6 out of 10 customers cite they're more likely to repeat a purchase when a brand replies). And that's still true. However, how you reply is also equally important!

Note what happens next:

@AfriHost replies to the original tweet, sharing their sympathy for 'Cubus' and pitching that their products might be more suitable for him.
At first glance there is no problem with this. In fact, he specifically tagged them with the mindset of switching providers.

However another eagle eyed Twitter user, caught wind of the @AfriHost pitch 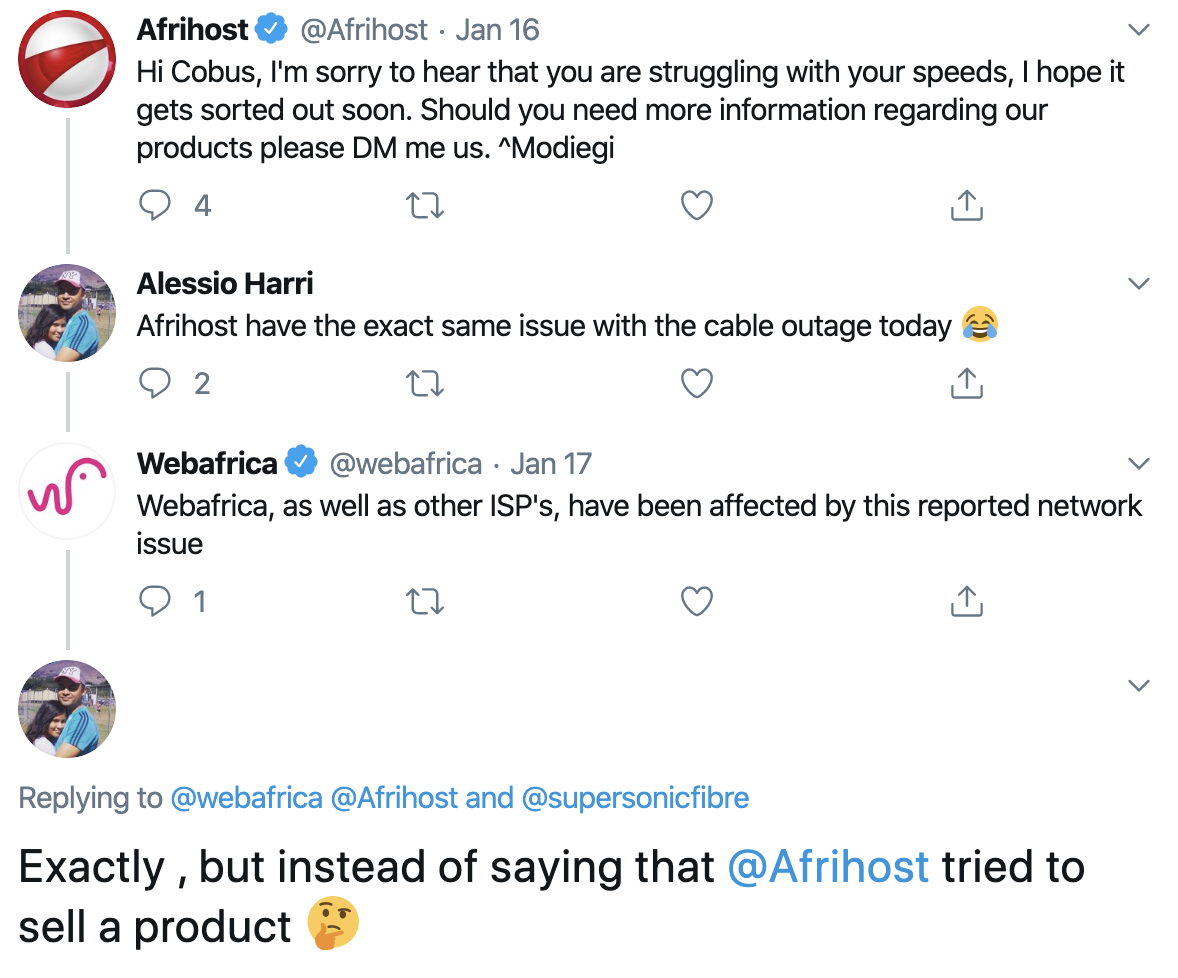 and called them out on exactly the same problem!

As it turn's out AfriHost, SuperSonicFire & all other providers in the local area were being affected by a much bigger problem, one that was seemingly out of their control.

Instead of pitching the client, they resolved the problem (or at least kept them informed) building a natural trust between themselves and their competitors customer.

The moral of the story...

When trying to sell your products using social selling techniques, it's important to remember that customer's like the example above, first and foremost want their issue resolved!

@Webafrica have now set themselves up to reach out to the original poster and his 'online friend' when the time is more suitable (e.g. when the internet is restored)

Start Monitoring
Did this answer your question?